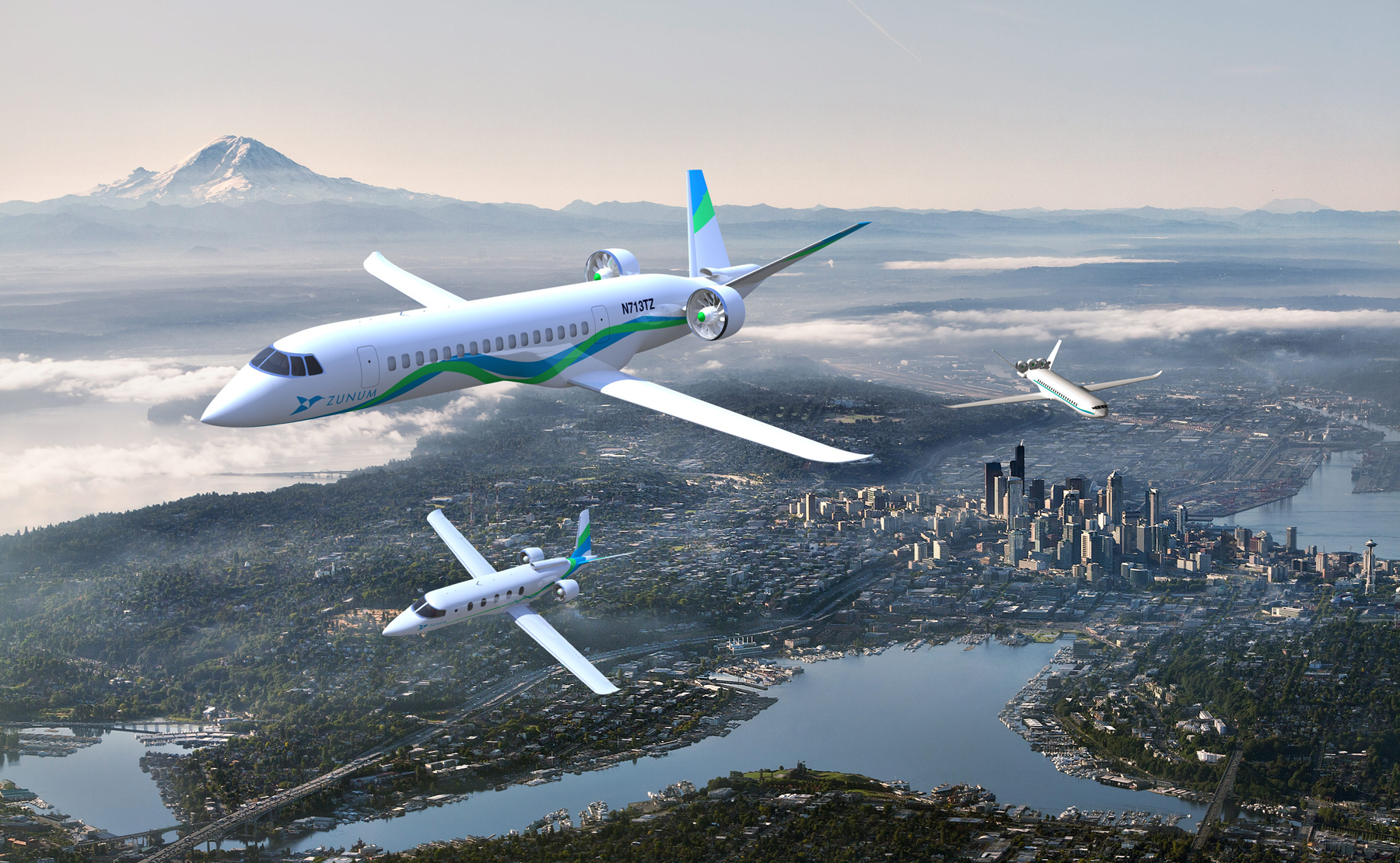 Zunum is a Washington based company that ambitions to take shares on the regional air transport market. The company is developing a hybrid electric 10-seat  aircraft that is targeted to enter service in 2022. The ZA10 will have the economics of a Bombardier Q400 on  routes of less than 700 miles, with only 10 passengers. This new aircraft provides the airlines with a new solution to develop their transportation services on 20 000 certified Airport/ airfields. The ZA10 has a top speed of 340 mph and a take off distance of 2,200 ft which makes it the perfect solution to provide frequent flights from regional airfield to major city airports.

Zunum recently awarded Safran to provide gas turbine optimized for hybrid electric propulsion for the ZA10. The aircraft will feature the Safran’s turbin to generate the power for high density batteries that will power the 2 electric motors (1MW).

Zunum recently bought an aircraft to test the future systems. Ground testing phase will continue in 2019 before testing the equipment in flight (2020 targeted). The battery technology is key on this aircraft as it is designed to be fully electric by 2025+ as soon as the technology passes the requirements.

As a major investor in Zunum, Boeing directly provides aircraft design and manufacturing expertise that is strongly needed on this new challenge. Boeing realized a clever move with this investment in Zunum. The company will benefit from the development of More Electrical Technologies that could be potentially used on future aircraft design. The Hybrid Electric Technology has the potential to significantly reduce the fuel consumption of commercial aircraft (single aisle). Furthermore, Zunum’s future aircraft are perfectly integrated in the Boeing’s product line. The two combined offers will answer air transportation needs from 10 to 450 passengers.

Jetblue is one of the key investors behind Zunum along with Boeing HorizonX. The company has recently announced the creation of Jetsuite, a dedicated regional airline that will operate the first 100 ZA10 from Zunum. Thanks to the more electric aircraft technology, the ZA10 will feature a 70% operating cost reduction which will make it competitive and easier to operate from remote airports. Jetsuite has two divisions, Jetsuite private charter and JetsuiteX for its public charter. The ZA10 will be use on both divisions.